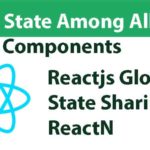 As you know in order to share common state among React components you need a framework like Redux or need to rely on other hard to learn technique. Here I am going to discuss with examples on how to share a global value or set of values (Common Store) among all react components. Every value
Read More 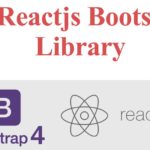 Here we are discussing new features added to new Reactjs 16 which was released at the end of 2017.  There are cool and awesome stuff to discussed. Everything you may need to know will be listed below. 1. Add new Render types called fragments and strings In render method you can now return array of elements and
Read More 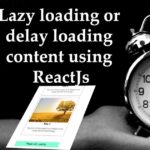 There are lots of npm packages or ready made react components that you can use. But if you want to customize that loading effect as you like it will be better to create your own. Because using a npm package will limit you to its features and functions. If you know how to load components
Read More 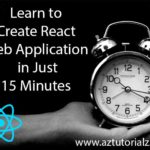 Create React app faster than you think. Bundle with development aid features and production optimizing features. All you need to know will be covered here. In a hurry go to step 1. Every time when you start a new ReactJs project you have to clone Reactjs boilerplate from GitHub or any other repository. What if
Read More

Logging errors in Reactjs (Client-side) application is an important part of software development. Both in development and production mode. However, when it comes to client-side applications, logging is something that often gets overlooked, and options available for you are limited. In this article I will explain how to implement your own logging mechanism using ReactJs
Read More

What is an event ?.  Event are used when JavaScript want to interact with HTML. For example when page loads, it's called event. When user click on button, Moving a mouse pointer over a div component all those are events. If we want to do some or to give response to user when an event
Read More